As Pride month is celebrated around the world, we proudly shine a light on the great work being done by our LGBT+ employee network, B United.

B United is a self-governed global community of lesbian, gay, bi, and transgender (LGBT+) employees, and their supportive allies, working across the BAT world.

The community strives to develop and nurture an even more inclusive and welcoming culture for all LGBT+ employees. This means fostering an environment in which all employees are comfortable being themselves and can realise their full potential at work.

B United provides emotional support for its worldwide network by offering mentoring and support and providing a safe forum to share experiences. On a practical level the network provides advice to the business around international assignments, as well as offering help to line managers who may have queries around sensitive matters concerning LGBT+ employees.

The network has also helped members overcome hurdles around adoption and issues around travelling abroad with same sex partners.

B United president, Damian De Conno, says: “BAT is a company that thrives on its strength from diversity. At B United we are committed to ensuring that everyone who works for BAT is valued and respected for their talents and can honestly and openly be themselves.

“When you walk into work we expect that you should feel as proud about yourself as you do about the company. It’s all about making BAT the greatest place to work by attracting the best talent and having a culture that gets the best from everyone.” 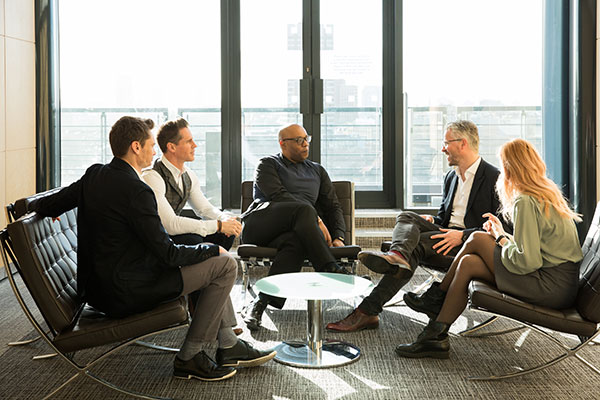 B United is going from strength to strength, a year after its relaunch

B United’s roots go back to 2010 when BAT’s first LGBT+ employee network, then known as Lucky Tribe, was formed. Lucky Tribe first became members of Stonewall’s Diversity Champions programme in the UK, of which B United is still a proud member. The programme helps to guide businesses around the inclusion of sexual orientation within employment policy and company culture.

Fast forward to 2018 and a rebrand was in order: moving away from the notion of an “exclusive” tribe towards one of inclusivity for all employees, regardless of sexual orientation. And so, B United was born. And now, in 2019, as B United prepare to attend their first London Pride march under the B United banner, the community is going from strength to strength.

Damian adds: “In the last year, the network has nearly doubled in size and established local chapters in all of BAT’s three global regions. Proudly, we’ve also set up a global LGBT+ allies network, as we recognise that everyone, whether LGBT+ or not, has a critical role to play in creating LGBT+ friendly workplaces.

“We’re proud that we can help and look forward to achieving even more in the future.”